Visual experience tunes detection of motion direction in the retina 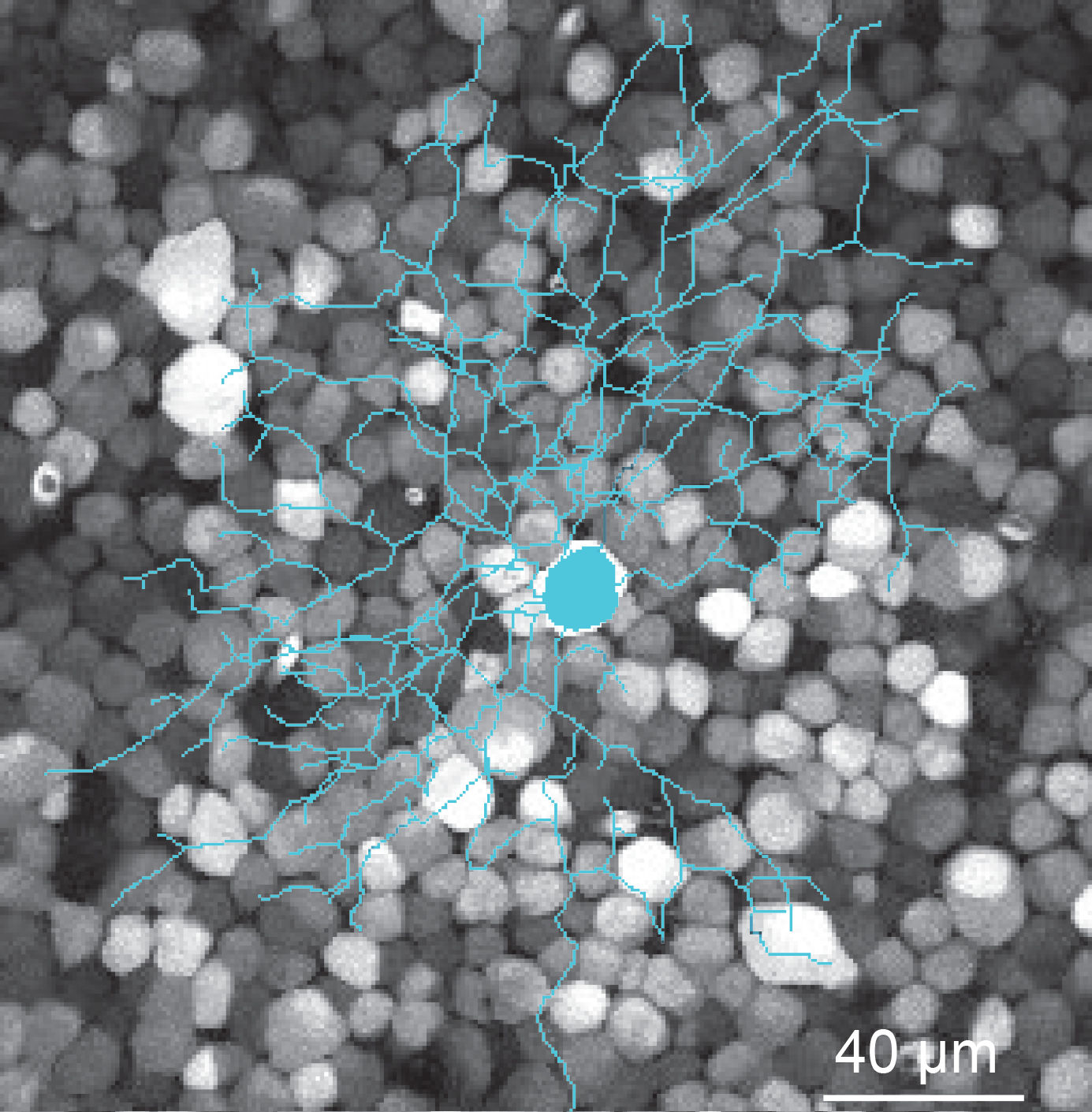 Postnatal day 13 retina, where the cell bodies of hundreds of ganglion cells have been electroporated with the fluorescent calcium indicator OGB-1. Blue tracing shows the cell body and dendrites of a reconstructed DSGC. Courtesy of Rémi Bos.

The retina contains an important class of neurons called Direction Selective Ganglion Cells (DSGCs) that enable animals to determine the direction an object is moving across its visual field. Mature DSGCs respond strongly to objects moving in one of several preferred directions that lie along cardinal axes – up, down, left, or right. In their paper in Current Biology, Rémi Bos, Christian Gainer, and Marla Feller show that visual experience is necessary for populations of DSGCs to become tuned to movement along the cardinal axes.

This is perhaps the most dramatic effect of how neural activity plays a role in establishing the circuits of the retina, which is traditionally considered to be “hardwired,” with all of the activity-dependent plasticity occurring in the central brain. In the future, we would like to determine how dark rearing affects visual function as well as what aspects of vision are critical for the proper development of these retinal circuits.

Read the research article, “Role for Visual Experience in the Development of Direction-Selective Circuits,” by Rémi Bos, Christian Gainer, and Marla Feller, in Current Biology.