Annual Message from Our Director 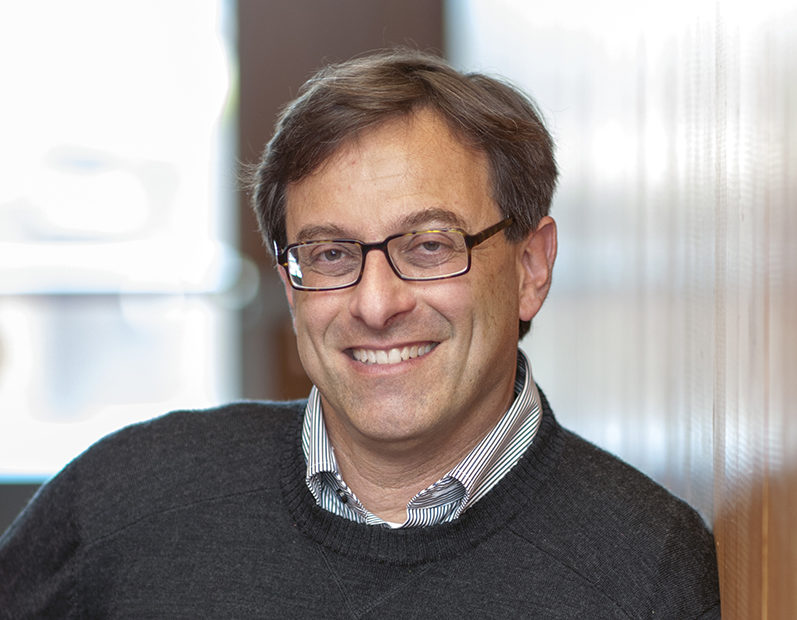 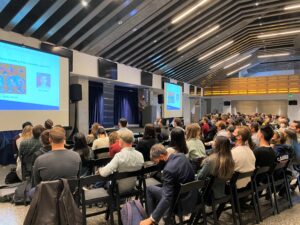 It has been fantastic to see everyone again as our community starts to resume in-person events, after a long hiatus due to COVID-19. In October 2021, we held our annual UC Berkeley Neuroscience conference in person for the first time since 2019. It was held at Memorial Stadium, along with a family-friendly outing to China Camp State Park. It was so great to reconnect, meet new members, hear from guest speakers, and share our research and ideas in real life, once again.

This semester we also started a series of monthly faculty lunches, where HWNI faculty can get together over a meal and learn more about each other’s work through organized discussions. Thank you to HWNI member Dan Feldman for spearheading this new opportunity to build connections!

I extend a warm welcome to all of the new members of our community, including the Neuroscience PhD Program entering class of 2021, our new graduate program manager Leleña Avila, and our newest HWNI faculty members Noah Whiteman, James Hurley, Steven Piantadosi, Michael Rape, and Nobel laureate Randy Schekman. We are honored that you chose to join us and look forward to all that we can achieve together. 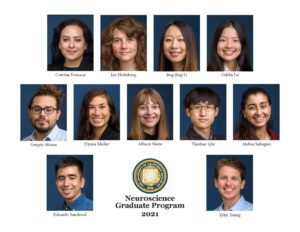 Many of our members won awards last year, and I am so proud of their achievements. Diana Bautisa was named a Howard Hughes Medical Institute investigator, Christopher Chang received a Guggenheim Fellowship, and Gerald Westheimer was awarded the Ken Nakayama Medal for Excellence in Vision Science. Additionally, several of our faculty won early-career awards: Anne Collins won a Young Investigator Award from the Cognitive Neuroscience Society, Emily Cooper received an NSF Faculty Early Career Development Grant, Markita Landry was awarded a Vilcek Prize for Creative Promise in Biomedical Science, and Andrea Gomez won the C.J. Herrick Award in Neuroanatomy and was named a Rose Hills Innovator. Yvette Fisher was the winner of our Rennie Fund for the Study of Epilepsy, Teresa Puthussery received a Shaffer Grant from the Glaucoma Research Foundation, and Yang Dan is part of a team awarded funding from the Aligning Science Across Parkinson’s initiative. In addition to awards for their research, two of our faculty were also honored for their teaching: Evan Miller won the Donald S. Noyce Undergraduate Teaching Prize and Markita Landry won a Camille Dreyfus Teacher-Scholar Award. Congratulations to everyone!

In the last year, HWNI members made many research discoveries that help us understand the brain and mind, and created new tools that will advance basic and clinical neuroscience. Our members published research on the mechanisms behind epilepsy (Baraban lab) and Parkinson’s disease (my lab), which involved the development of novel model systems and techniques to manipulate neural circuits.

Brain slice from a transgenic mouse, in which genetically defined neurons in the cerebral cortex are labeled with a red fluorescent reporter gene. (Image by Tanya Daigle, courtesy of the Allen Institute)

HWNI members Helen Bateup and John Ngai played important roles in a massive collaboration funded by the NIH’s BRAIN Initiative (which John now runs) that published the first comprehensive atlas of the cell types in one region of the brain — the primary motor cortex. This is the first step towards creating a detailed atlas of all the cell types in the brain, and was made possible by the combined effort of experts from a wide range of disciplines. The power of interdisciplinary research to drive breakthroughs in neuroscience is at the core of HWNI’s mission, and we are incredibly pleased that our members are at the forefront of this initiative.

Several of our members also used their scientific expertise to tackle important problems outside of traditional neuroscience. These include studying ion channels in the SARS-CoV-2 virus which could lead to new treatments for COVID-19, and ways to combat gender bias in academia. These projects involved extensive collaboration within the HWNI community, and I am proud that our members are working together to solve critical issues that impact society.

I am thrilled to report that this year, neuroscience at Berkeley received a tremendous boost, thanks to the generosity and vision of several donors and organizations. Roche Holding and Genentech are together investing up to $53 million in our campus and UCSF as part of a new partnership called the Alliance for Therapies in Neuroscience (ATN). The ATN is part of the Weill Neurohub — an interdisciplinary, multi-institution research collaboration (which I co-direct with colleagues at UCSF and the University of Washington) to accelerate the development of new therapeutics for hard-to-treat neurological diseases and disorders such as Alzheimer’s and Parkinson’s. Genentech and Roche are our first industry partners, and we are incredibly excited to have their support and expertise as we work together to turn research findings into much-needed treatments. 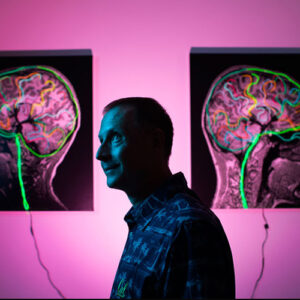 Michael Silver, director of the UC Berkeley Center for the Science of Psychedelics. (Photo by Elena Zhukova)

Additionally, the new Berkeley Center for the Science of Psychedelics (BCSP) has recently received five philanthropic gifts totaling $7 million from individual donors and foundations. These gifts will help launch the BCSP’s programming, which includes research into how psychedelics work, what they can teach us about the brain, and how they can improve health and well-being, as well as educating the public about psychedelics, including a two-part weekly newsletter, The Microdose. The BCSP, which is administratively housed within HWNI and led by HWNI member Michael Silver, is highly interdisciplinary, bringing together neuroscientists, psychologists, journalists, educators, and more. 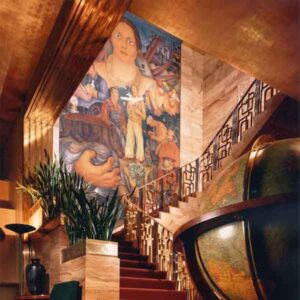 Allegory of California mural by Diego Rivera in The City Club of San Francisco. The large figure at the top is Helen Wills Moody as Calafia, the Spirit of California. Photo courtesy of Stock Exchange Tower Associates.

I extend heartfelt thanks to all of our donors and partners who are helping to turn our ambitious ideas into realities that could enable revolutionary breakthroughs in neuroscience and human health. One of our earliest supporters was tennis champion Helen Wills, who was immortalized as the “Spirit of California” in a mural by Diego Rivera. Her visionary “spirit” and belief in neuroscience at Berkeley helped launch our institute, and we are grateful to her and everyone who has supported our mission over the years.

Now that we are returning to campus to a greater extent, I look forward to having more opportunities to reconnect, build community, and work together on innovative projects that expand the boundaries of neuroscience.