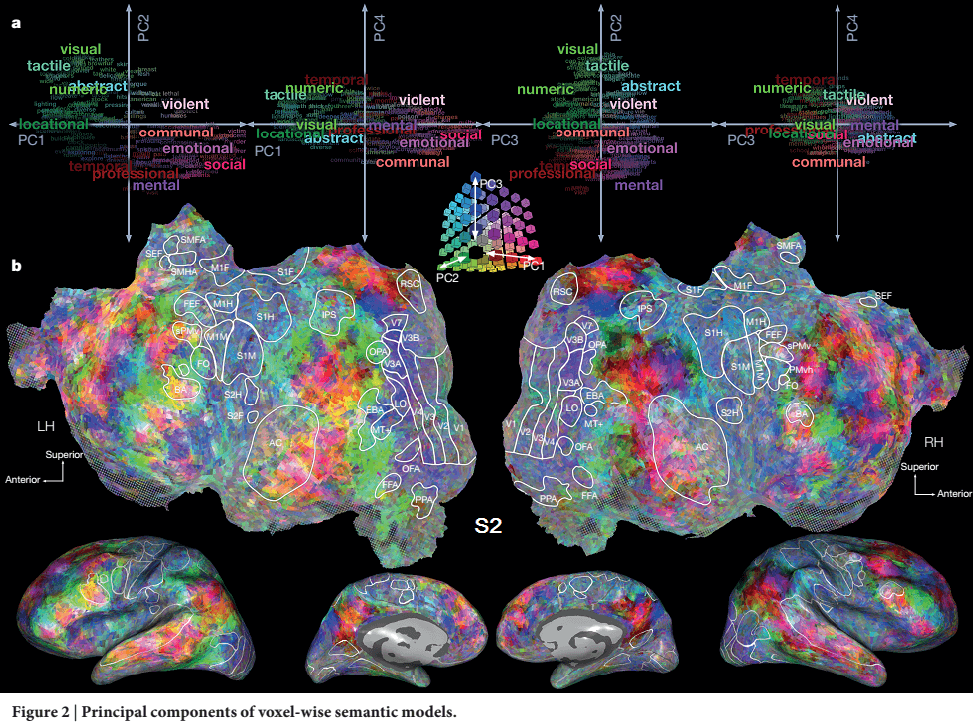 In their paper published in Nature today, HWNI faculty members Tom Griffiths, Frederic Theunissen, Jack Gallant and co-authors describe a data-driven approach to map language representation across the human cortex. They were able to determine what regions of the cortex are active during language processing, and to identify smaller regions that specifically respond to a set of related words, such as words representing numeric concepts, or emotional concepts.

The implications of this study were nicely described by the Berkeley News press release:

Detailed maps showing how the brain organizes different words by their meanings could eventually help give voice to those who cannot speak, such as victims of stroke or brain damage, or motor neuron diseases such as ALS. While mind-reading technology remains far off on the horizon, charting how language is organized in the brain brings decoding inner dialogue a step closer to reality, the researchers said.

For example, clinicians could track the brain activity of patients who have difficulty communicating and then match that data to semantic language maps to determine what their patients are trying to express. Another potential application is a decoder that translates what you say into another language as you speak.

Words On The Brain: A Semantic Map of the Cortex
Discover Magazine | Neuroskeptic

This Is Your Brain on Podcasts
New York Times | Benedict Carey