Decision making is an internal process that is not time locked to observable sensory inputs or behavioral outputs. This makes the neural processes underlying decision making difficult to investigate. In their Nature Neuroscience paper, Erin Rich and Joni Wallis used a decoding approach to identify and track the neural representations of two options being evaluated for a decision.

Neural decoding is a computational approach typically used to understand sensory perception or motor behaviors, and has been successfully applied to control neural prostheses. It has only rarely been used to study the neural signatures of hidden cognitive processes like memory, attention, and decision making. Rich and Wallis used decoding to investigate value-based decision making in the orbitofrontal cortex, a fascinating region of the brain that integrates sensory, emotional, and memory inputs to assign value to choice options.

Rich and Wallis recorded activity from neurons in the orbitofrontal cortex of monkeys while the animals were making a value-based choice. During training sessions, the animals were presented with a choice between two pictures, each probabilistically linked to a juice reward of a certain amount. Through the course of training they learned what pictures were more likely to result in a big reward. During recording sessions, the animal was presented with two types of trials, both leading to rewards – choice trials, in which two picture options were presented, and single-picture trials, in which only one picture was presented.

The consideration of two options happens fast, with 75% of choices being made within half a second. Even within this short time span, the decoding approach successfully pulled out neural signatures associated with the evaluation of each presented option, and tracked their representation over time. 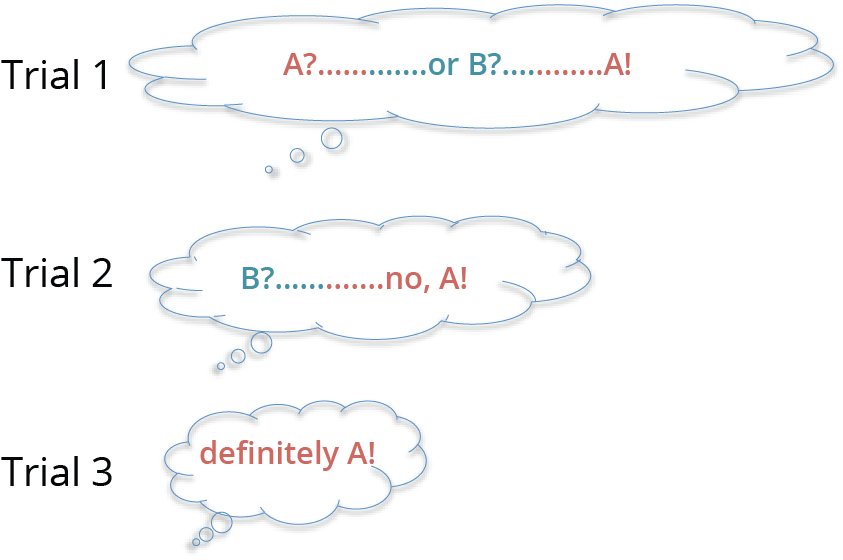 When considering two options, the recorded ensemble of neurons in the orbitofrontal cortex alternated between the signatures associated with each option. This typically occurred a few times before a choice was made, and the alternations could even be seen at the level of individual neurons as rapid fluctuations in firing rate. However, no single neuron dominated the neural representation of options or the transitions between them, as systematically leaving a neuron out of the ensemble data had little effect on these patterns. Overall, it seems that the same ensemble of neurons in the orbitofrontal cortex evaluates the available options sequentially. This is contrary to previous suggestions that each option may be represented by a different ensemble of neurons that simultaneously evaluate them.

The decoding approach enabled Rich and Wallis to track the representation of options within a single choice trial, rather than averaging between trials. This is a major advantage, as the alternation between options appears to be a stochastic process that is different in each trial, and averaging trials would cause information about the representation of options to be lost. 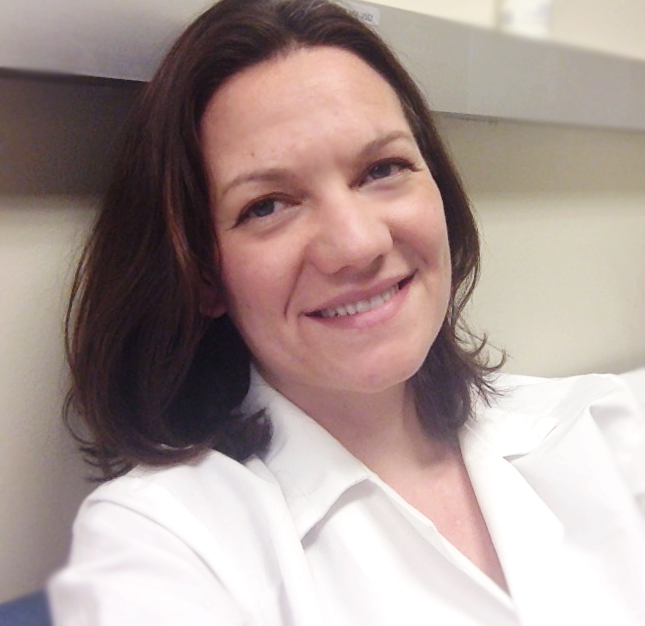 Erin Rich received her MD and PhD from the Icahn School of Medicine at Mount Sinai before coming to UC Berkeley in 2010. She completed her PhD in the lab of Matt Shapiro, where she studied how the rodent prefrontal cortex contributes to coordination of memory strategies during spatial navigation. For her postdoc she joined the lab of Joni Wallis, Professor of Psychology and member of the Helen Wills Neuroscience Institute at UC Berkeley, a natural transition given her interest in high level cognitive phenomena.

In May 2017, she will return to Mount Sinai as Assistant Professor in the Department of Neuroscience and The Friedman Brain Institute. Her research program will be focused on reward processing in the context of learning, expectation, and decision making. She intends to scale up her recording techniques so that she can record from more neurons and multiple brain regions at once, in order to tie in what is going on in the orbitofrontal cortex with other regions of the brain. She is currently recruiting talented postdoctoral researchers.

Erin Rich: At the level of a single choice you can see the neural activity flip flopping back and forth between these multiple options that the subject is choosing between. And that is something we have not seen before, and in some ways wouldn’t necessarily have predicted.

ER: Probably the data collection, which takes a really long time. There wasn’t one big hurdle, but you can only collect about 10-20 neurons a day, so to get a full data set you go back day after day after day and get everything working just right so you get neural signals and you get the animal behaving and all that. So I think that is the toughest part. That is actually something we are trying to improve upon in terms of techniques – going down roads where we can record more signals simultaneously, sometimes in a chronic sense. These are ways we could increase our yield and reduce the effort.

ER: There is a famous paper by Camillo Padoa-Schioppa in Nature 2006. It is basically where he first articulated the idea, kind of out there in an amorphous sense, that OFC neurons encode what he called economic value, which is essentially subjective value. That has definitely been a jumping off point for a lot of the studies that I have done.

“Theories of human and animal choice have a cornerstone in the concept of value. Consider for example a monkey offered one raisin versus one piece of apple. Behavioral evidence suggests that the animal chooses by assigning values to the two options. But where and how are values represented in the brain? Here we show that, during economic choice, neurons in orbitofrontal cortex encode the value of offered and chosen goods.”

From the Nature paper, “Neurons in the orbitofrontal cortex encode economic value,” by Camillo Padoa-Schioppa and John A. Assad.

ER: One of the reasons I went down this path, and one of the reasons I do most of my studies, are basic questions of how does this circuit, how do these neurons, work, in a very fundamental way. I think one of the contributions of this paper is looking at a data set from a different perspective to get a higher temporal resolution. The decoding approach is used commonly in motor learning or sensory tasks and is much less frequently applied to the cognitive realm, but I think it is the perfect application, actually. When you take this approach you can look at hidden variables. Effectively you are trying to decode information that is not externally observable, and that is almost the definition of cognitive processing. To the extent that other people might use this type of approach in different settings, I think that could really change how we view how the brain works.

ER: Yes. The lab is interested in trying to look at these dynamics of a choice in real time and intervene, so I think bringing in other techniques that could really get in there and manipulate the circuit, like optogenetics, would be very interesting to do. Currently optogenetic techniques are more available in rodents. There is still the open question of whether this is something that is observable in rodents, whether this brain area or the correlate in rodents even reacts in the same way under similar circumstances. If it does, it would be great to bring in an optogenetic approach to see if you could target certain cells in the population and see which ones are critical to shifting the rest of the population or shifting the choice.