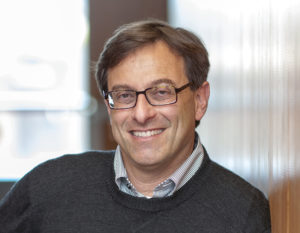 Isacoff’s extensive experience leading large interdisciplinary projects includes the National Institutes of Health Nanomedicine Development Center for the Optical Control of Biological Function, a ten-year effort involving investigators at six institutions, the Office of Naval Research Molecular Design Institute at the Lawrence Berkeley National Laboratory, and an interdisciplinary effort supported by DARPA to devise a million neuron optical modem. He has served as Head of the Neurobiology Division of the Department of Molecular and Cell Biology and currently serves on the UC Berkeley Chancellor’s Advisory Committee on Biology.

Isacoff is a world leader in the study of the chemical and electrical signaling of neurons and the creation of optical neurotechnologies to observe and remotely control activity in brain cells. He and his collaborators have discovered how experience alters brain activity to sharpen decision making, how a neuromodulatory mechanism allows the brain to ignore repetitive stimuli — essential to our ability to focus attention — and have pioneered a chemical-genetic approach to treat blindness. Innovations emerging from the Isacoff lab also enable precise mapping of the functional strength and plasticity of the neural connections that are responsible for our cognitive abilities. These tools are being adapted to a new class of brain-machine interface (BMI) being developed by Isacoff and colleagues to promote healthy patterns of neuronal activity or provide direct communication from the brain to external devices.

Isacoff received his PhD in Physiology from McGill University in 1987 in the lab of Richard Birks, then was a postdoctoral researcher in the lab of Lily and Yuh Nung Jan at UCSF from 1988 to 1993. That same year, he joined UC Berkeley as assistant professor of neurobiology and was elevated to full professor in 2001. Isacoff has received numerous honors and awards for his research, including, most recently, being elected to the National Academy of Sciences, a McKnight Memory and Cognitive Disorders Award, the Kenneth S. Cole Award of the Biophysical Society, the Magnes Prize of the Israeli Society for Physiology & Pharmacology, and the UC Berkeley Miller Research Professorship. He is on the Scientific Advisory Boards of the California Brain Initiative, the Max Planck Institute for Medical Research in Heidelberg, and the Sagol School of Neuroscience at Tel Aviv University, and on the Board of Governors of the Lowy Medical Research Institute.