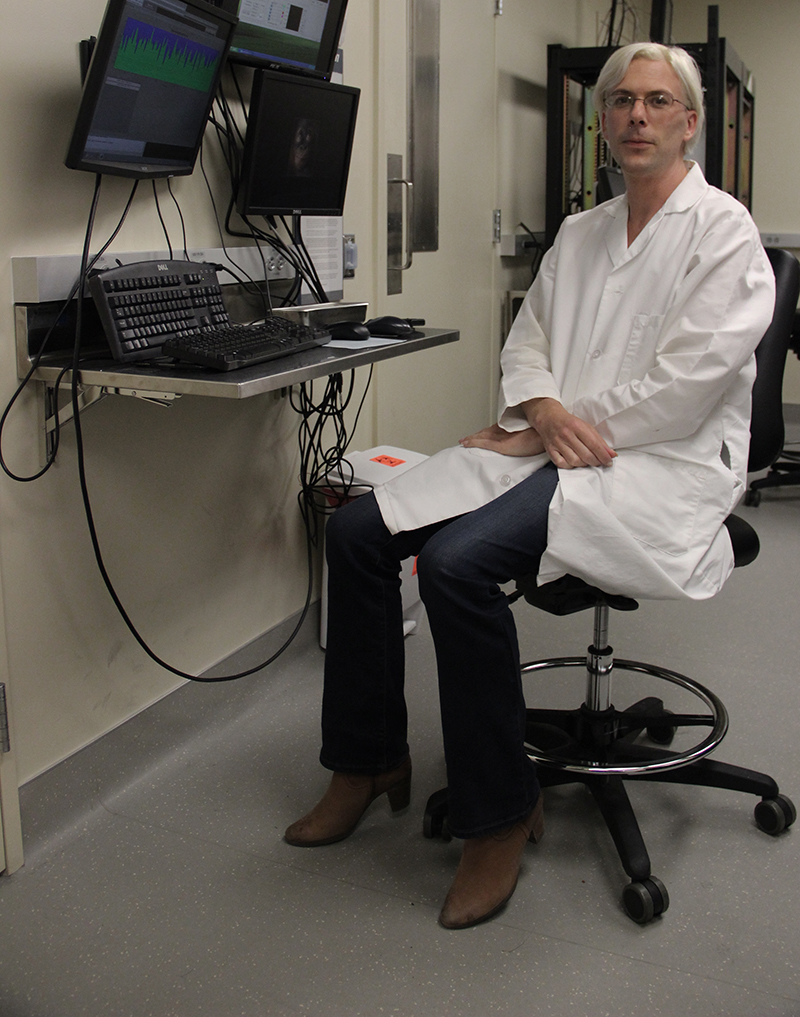 I’m a cognitive neurophysiologist. We record the activity of neuronal populations in order to figure out the computations that underlie cognitive processes such as decision-making and working memory.

A few weeks into my PhD, my supervisor introduced me to patients with damage to orbitofrontal cortex. They have a very unique pattern of symptoms. Their intelligence and cognitive processes are all intact, but they have a terrible time making everyday decisions and their lives fall apart as a consequence. I found that fascinating, and twenty years later, I still do. 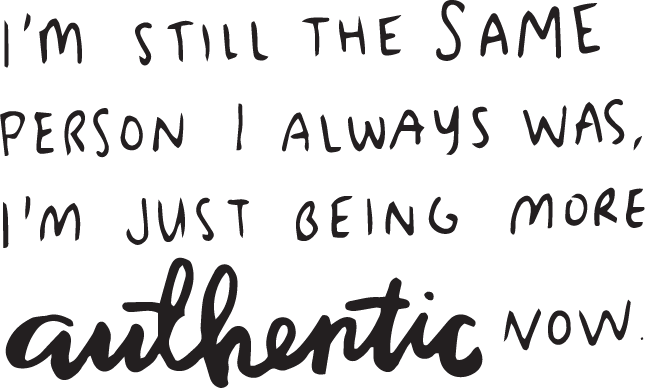 Who are you in the lab vs. outside?

I’m increasingly the same person inside the lab as I am outside, but for a while I definitely wasn’t. I was a closeted crossdresser for most of my life, and a couple of years ago, I realized there was more to it than that and I began the process of coming out as a trans woman, which culminated in me publicly coming out earlier this year. It’s been simultaneously a very painful yet life affirming process.

How are you different from the rest of the scientific community?

Until recently, I only knew of one other trans neuroscientist and that was Ben Barres at Stanford, so I guess that makes me pretty different. The honesty with which Ben lived his life and talked about his experiences was inspiring and made it easier for me to come out. 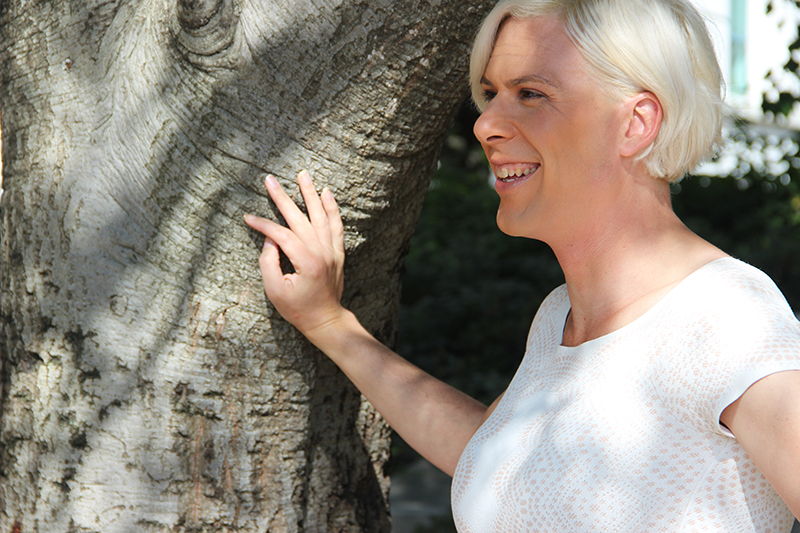 Describe your experience in the Helen Wills Neuroscience Institute (HWNI) as you transitioned. Do people respect your transition?

I have to admit, I don’t like the word transition. I feel like it reinforces the gender binary and implies that you’re changing into something. I prefer ‘coming out’. I’m still the same person I always was, I’m just being more authentic now. That said, everybody at HWNI has been very kind and supportive and I couldn’t have wished for a more positive experience from our community.

Have you noticed differences in how people treat you after coming out?

Of course, but that’s kind of the point, right? When you’re first coming out there’s a tendency to worry about whether you’ll ‘pass’ as your preferred gender. That wasn’t an option for me (as it isn’t for the majority of trans women) due, in part, to my ridiculously deep voice, but you learn that it doesn’t matter. It takes surprisingly little for people to unconsciously treat you as a woman, for better and for worse. For a trans woman, that is kind of liberating. It allows you to just be yourself without worrying about whether you’re passing as a cisgendered woman. Having felt boxed in for most of my life by the gender expectations of being a man, the last thing I wanted to do was put myself in another box. 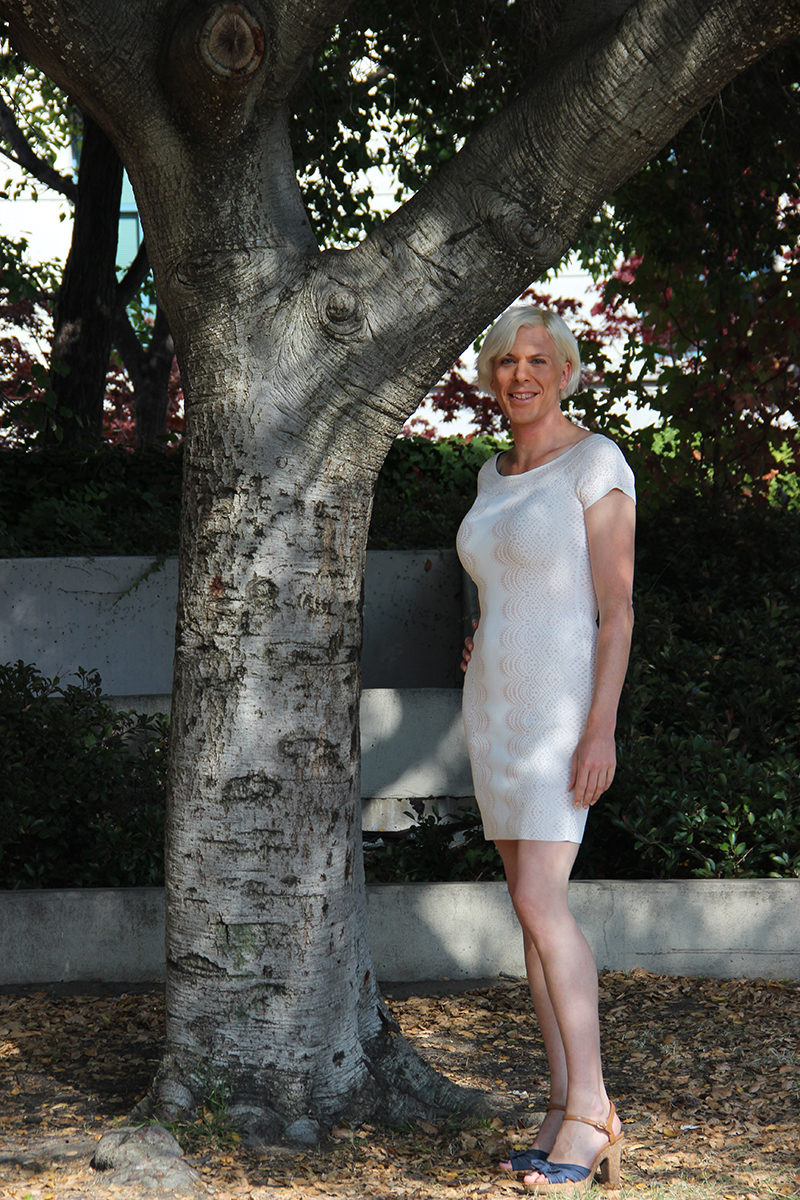 Do you feel comfortable coming out to people in HWNI? What about the larger scientific community?

There was a period where I considered being out only in private and not professionally. I know a number of trans women who work in other industries and felt they needed to take that approach, but I decided that wouldn’t work for me. There’s an enormous amount of shame attached to being a crossdresser or a gender non-conforming male and I felt that if I didn’t fully come out in all aspects of my life I would be allowing that shame to be a part of me. It was hard, but I’m glad I took this path.

What challenges are you currently facing? How do you overcome those challenges?

The challenges I’ve faced at work are really pretty minor compared to the challenges associated with coming out to the people you love. I’d been with my wife for twenty years and we’re currently getting divorced, so that has been incredibly painful. But I’ve been fortunate that my family and friends have been very supportive and my kids have been very accepting as well. I know that not all trans people get that same level of support, so I am very grateful for that.

Do you feel like you need to change how you present yourself when in the lab or amongst colleagues?

I do struggle with regulating my femininity. Whenever I’m in a position of authority, be it teaching, at a conference, or running the lab, I feel myself ‘butching up’ and leaning on my remaining male privilege, but psychologically, that’s not a particularly comfortable feeling for me. I also recognize that this behavioral regulation is something cisgendered women experience, as for that matter, do people of color. As a white male, I never really gave a second thought to the fact that I could be more or less the exact same person at work and outside of work. I didn’t realize how dispiriting and annoying it is when there is an expectation of how a scientist should be that doesn’t necessarily match your authentic self.

By being yourself, have you improved freedom of expression of people around you?

I hope to some extent I have. By and large I think scientists are extremely liberal and accepting. On the other hand, we’re not a very diverse group. It’s not just that we’re dominated by white males – the white males don’t even represent a particularly diverse group of white males. So I hope in a small way I’m contributing to the gradual chipping away of the stereotype that you have to be a white, nerdy guy to be a scientist.

Any words of wisdom or advice?

I didn’t realize it at the time, but the closet is a horribly toxic place to be. Coming out can seem like it is just not an option. I remember worrying that I would lose people close to me and end up feeling isolated. But the reality has been completely the opposite – more people have moved closer to me than have moved away and I feel more connected with people. Steve Jobs has a quote about “not living someone else’s life”. When you’re in the closet, that’s exactly what you’re doing. So if there are closeted individuals in our community, I hope they can gain some courage from my experience and begin to take some steps to coming out. It’s a difficult process, but definitely worth it.

>The Wallis Lab at UC Berkeley